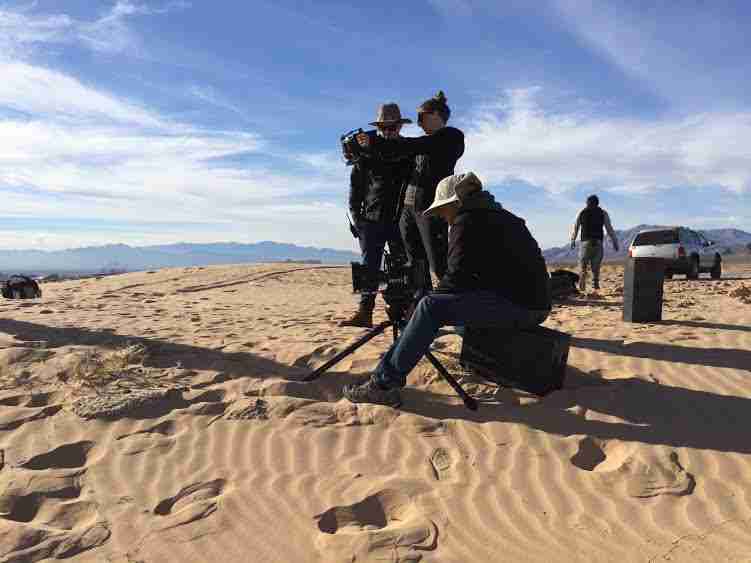 High end film production demands consistent results, from both crew and equipment. I recently wrapped up a 5 week feature film shooting at various desert locations around southern Nevada. The production took place mostly out doors, so we experienced high temperatures during the day and low, near freezing temperatures during the night. It was a challenging shoot due to a low budget and a rather short schedule, shooting mostly available daylight during the short winter months.

F11 rentals supplied the production with a brand spanking new Sound Devices 633, with Sennheiser wireless Microphones. This mixer/recorder allowed us to record in a double system setup, thus keeping the sound department from having to be tethered to camera. As a DP, my camera usually ends up having so many accessories and cables hanging off of it, so the less things that have to be plugged in to my camera the better! The whole production was very fast paced, and most of the film is shot hand held. Not having to have a mixer plugged in to the camera really helps to keep the set moving. The equipment and service provided by F11 was second to none, the gear was well maintained and we never experienced any downtime due to the equipment.

Whats the one thing a director always wants more of? Time. During a typical day on set, saving a little time here and there can add up to an extra take, or an extra moment to get the lighting and blocking just right, or even an additional setup you might otherwise have missed. One of the easiest ways of saving time on set is making sure you have good quality equipment. With F11 there’s never a question that you will have the latest and greatest at your fingertips!