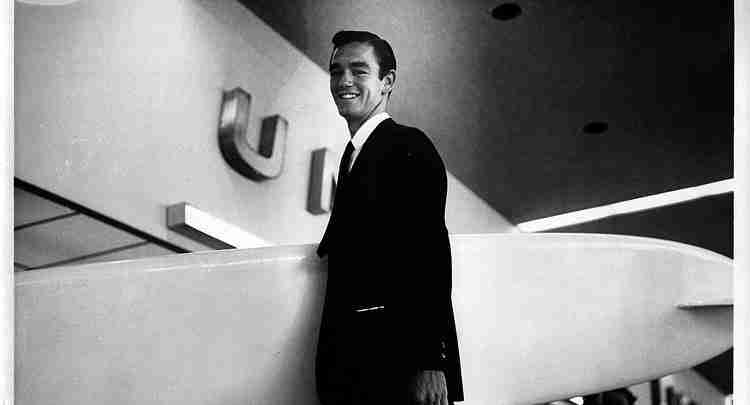 Beginning in 1965, August worked for Jacobs Surfboards in Hermosa Beach, first as a salesman and then as a shaper before becoming a freelance shaper in late 1966. Then, as the shortboard revolution hit the surf industry, Robert found himself making adjustments to the changing sport. In 1971, he opened the Endless Summer restaurant, a business he later described to Longboard magazine as one that “set a world record for losing money.” In 1974, he launched Robert August Surf Shop in Fullerton, California and relocated it to Huntington Beach in 1976. Stocked with shortboards because of their popularity at the time, Robert was still a longboarder at heart. “In the ’70s, you couldn’t even find a longboard blank. I knew I wanted one, but I didn’t know if they would sell. Finally, I made five of ’em and everyone came in the shop going, wow–a longboard!”

This clip was produced by FiveSix Productions, a Las Vegas video production company.